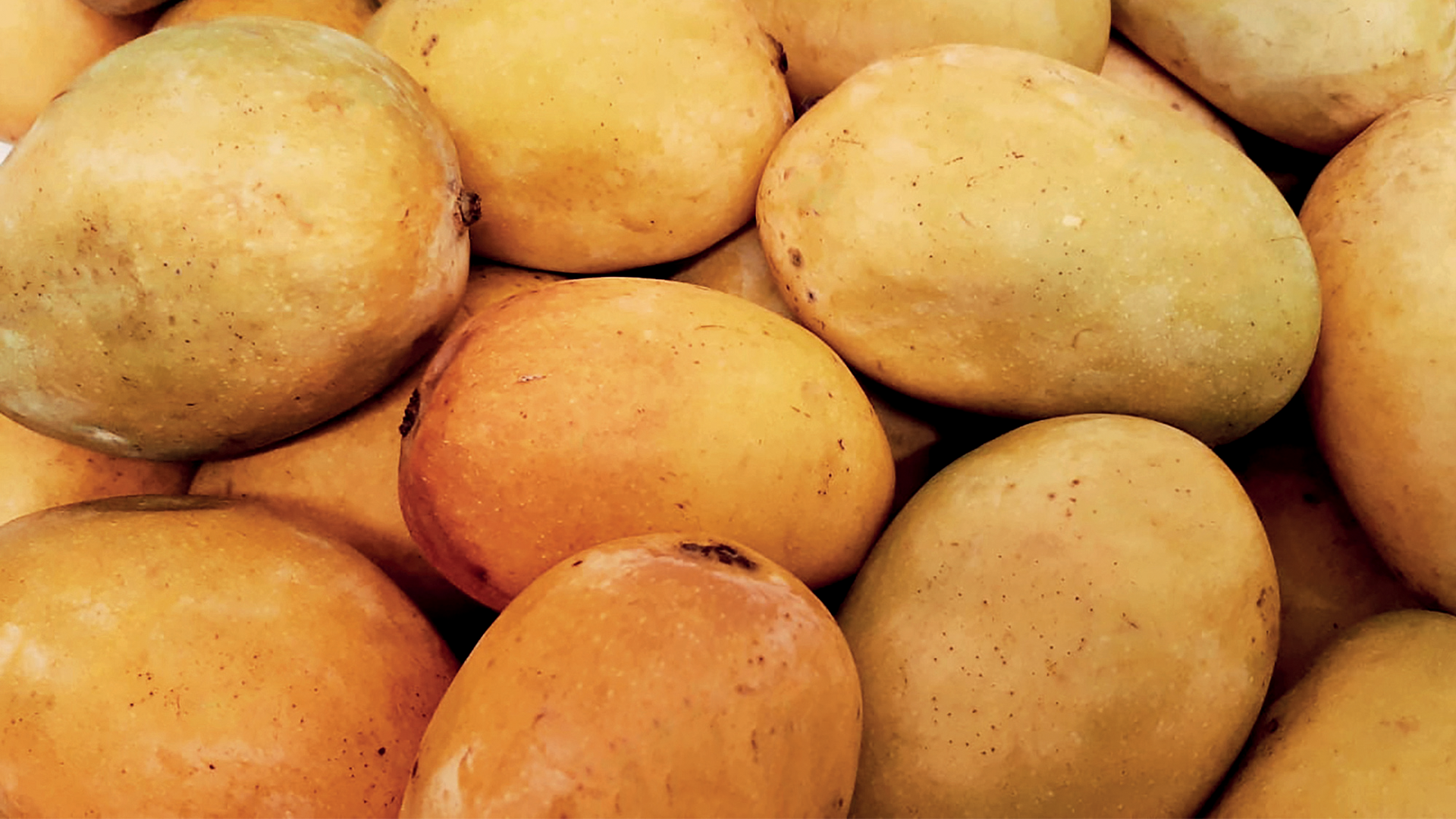 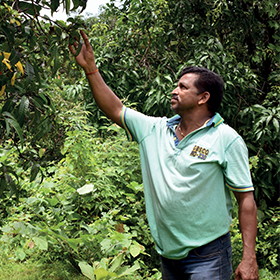 Mango farmer with his family and village mayor for 25 years

A Partner Rooted in the Community in the Alphonso Mangoes’ Region

Tushar Chavan comes from the village of Ril in the Ratnagiri region. The Chavan family has been growing mangoes for three generations. Tushar’s son has just graduated in Agricultural Sciences and joined his father at the farm. The family is well-known in the village as its members have made key contributions to the community including, in one case, serving as mayor for the past 25 years. Tushar has chosen the Alphonso variety for his 29-acre plantation because it grows naturally in the local terroir. The plantation is 30 years old. Ratnagiri is characterized by its extremely hilly landscape, which is partly why mangoes are grown on small farms dotted from village to village, rather than larger properties. The laterite soil was created by ancient volcanic eruptions. The region’s landscape is very hilly. The climate is hot and humid, which can make its average temperature of 80°F (27°C) stifling at times. The fruit and the local residents alike find relief in the sea breezes that imbue the fruit with its characteristic qualities.

The unique taste of our Alphonso mangoes comes from ancient volcanic rocks and sea winds.

Tushar is working hard to change practices on his own farm and alongside other farmers in the region. Together, they realized that set quantities of fertilizer were being used every year rather than being adapted to circumstances. Consequently, it often turned out that more was being used than the trees required and expenses were being incurred unnecessarily. Analyses have allowed the farmers to adapt usage to soils’ real health needs. They have been able to deploy inputs less frequently but more effectively.

Wanting to take his work a step further, Tushar learned how to make compost and liquid manure which would replace costly chemical fertilizers. This has saved Tushar money, improved his fruit’s quality and boosted his soil’s biodiversity. Tushar plans to buy new land with the profits generated by this newfound productivity.

Tushar has seen the climate change in his native land over the last 30 years. He has also seen the quality of his fruit and soil start to decline. He needed to change the way he worked if the mangoes that sustain much of the community were to survive. His conversion started three years ago, not least thanks to the techniques we have described, and he is trying to convince as many local growers as possible to adopt more ethical farming practices. In a region where sanitary conditions remain poor, our processing partner has set up toilets on all its growers’ premises for agricultural workers to use, and it has supplied protective equipment that not everbody would be able to afford.

Working with Partner Producers Too

We always want our supply chains to be as short and direct as possible and to work with a single producer whenever we can. However, if we use two varieties of the same fruit or orchards are too small to meet our needs, we will work with several producer partners instead. We always apply the same standards, specifications and commitments as we do with the grower we present to you in greater depth. Fruit supply chains often require teamwork, and it is essential we get to know all our growers and support their efforts.

We have designed a tool to help you find the recipe that suits your needs!